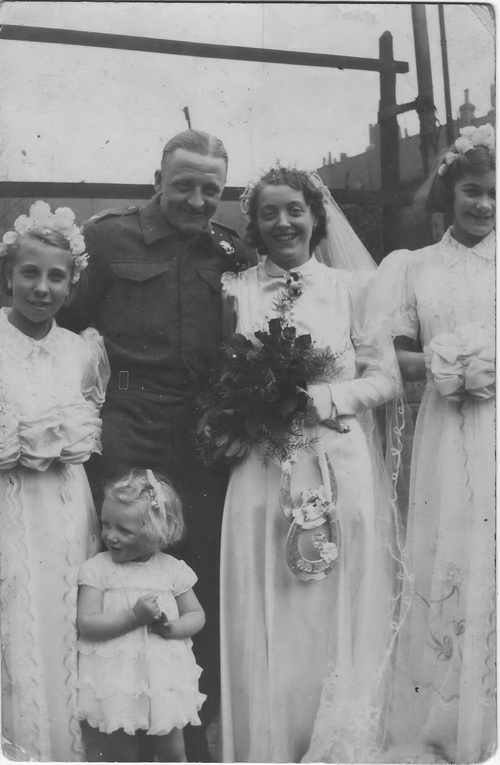 Archive: ANC066
This is a picture of Harry & Kitty's wedding in 1942. On the far right is my Auntie Renee as bridesmaid at the tender age of thirteen.

But I had often wondered who was the bridesmaid on the far left?

Only after I had retired recently and began researching my family tree did her name come to light.

My grandfather Willie was married twice. His first wife was Fanny Leach. They had a daughter, Frides.

Frides was that girl's mother i.e. she was the daughter of Harry's sister.

The girl is Rosina and she was a bridesmaid at this wedding. She is age twelve in this photo, on the far left. So Rosina is Harry's cousin once-removed.

I think the other little girl may be Yvonne Ann Peterson who was killed in an air-raid about a year later. She was the daughter of Kitty's brother Archibald.

Amazingly, one of the people who recently contacted me to help me in my ancestry researches was a nice chap named John Hood and it turns out that Rosina is his mother!

In the summer of 2014 my wife and I visited Rosina in Essex. She was a bright cheerful lady, by then, in her eighties. We had a lovely time talking about the family Higgs and her memories...

It was an enormous shock to hear a month or so later that she had passed away suddenly. It was a privilege to have met her. 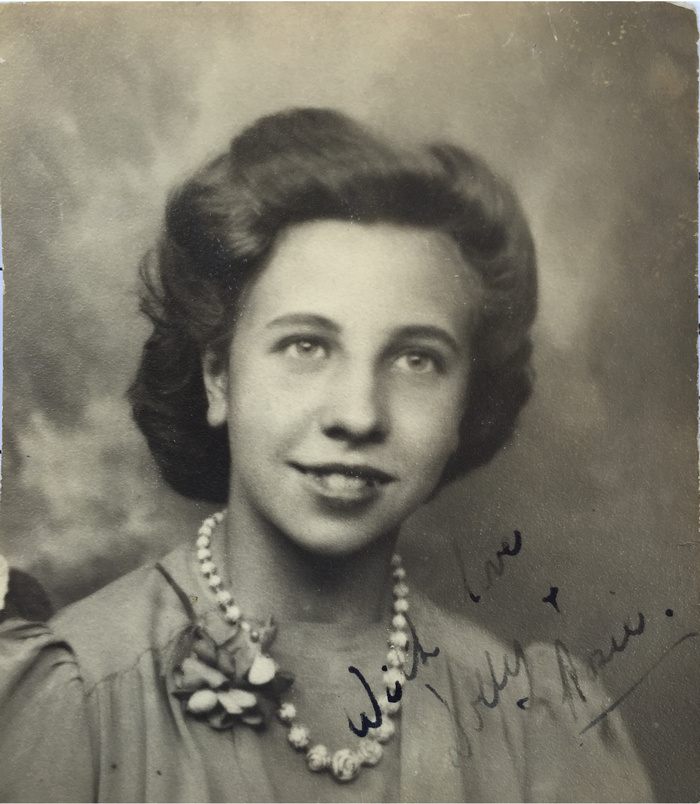