View in Family Tree - See where he lived - See his photos

Archive:ANC030
I always knew him as my Uncle Dave but he was the son of Kitty’s sister Alice Mary so he is actually my cousin. Alice Mary died in 1947 when dave was just sixteen

On the left we see him in about 1936. Someone in the family once said "he rarely smiled as a baby" and this kind of proves it!

During the war David was evacuated to Newbury, staying with a Mrs Shelton. She would have been paid 10/- (50p) a week for having an evacuee.

David left home at eighteen when his father, David, re-married so Uncle Dave went to live in Dombey Street with Kitty.

In 1949 Dave married Mary Elizabeth Savage and they had two boys Peter and John and a daughter Linda. They lived in a flat in Drury Lane and later above a shop in Grays Inn Road.  They later divorced.

He once worked for Traceys the funeral directors. This was the firm that arranged the burial of Nonty Binning and Dave's sister, Renee.

In 1970 Dave was married Marie Patricia Brock. Sadly she died of cancer in 1976.  After this Dave was with his partner Maggie for many years.

The family once lived in Rawstorne Street 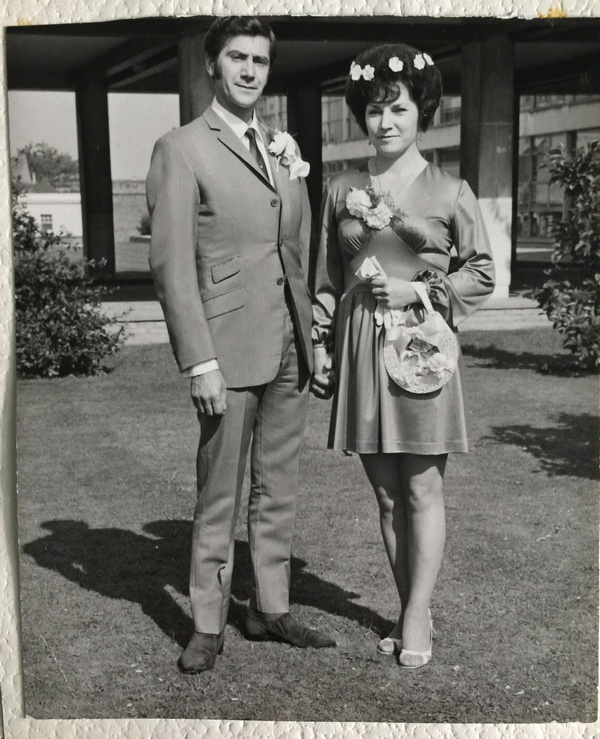 The below photo is at his 80th birthday celebrations in 2011. left to right: John, Linda, Dave, Paul, me, Susan and John. Susan (née White), is Renee White’s daughter.  Renee was Uncle Dave’s sister. 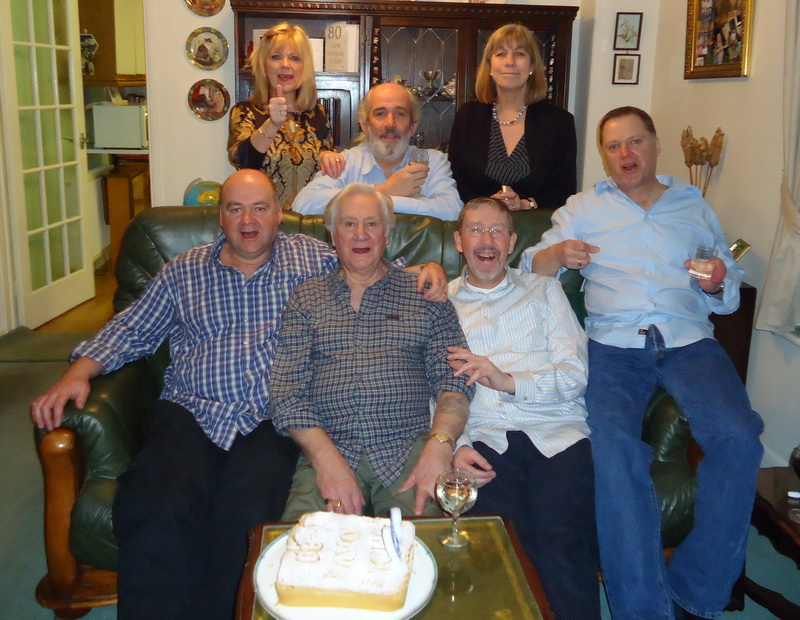